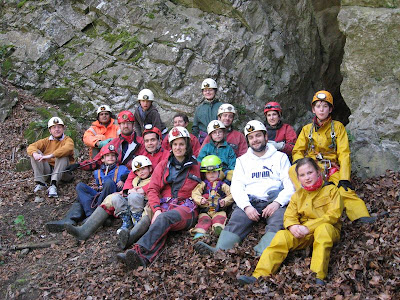 Het was donker in de grot

het was koud in de grot, 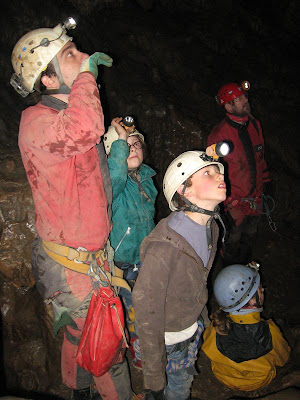 het was moeilijk in de grot, 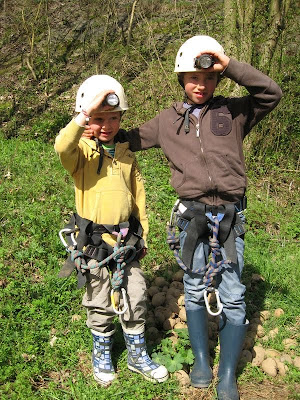 Only one of us had ever gone to this cave, and he himself claims to find cave orientation challenging. The other four were Eglise novices. As you can imagine, THE major challenge in this cave visit was navigating and reading topos.

The participants: Enrique (his first real cave visit ever), Ewa (our fiery Spanish, er Polish femme fatale), Arun (our artificially intelligent, fluorescent Indian), Bram (the guy who could have done brevet-A without breaking a sweat) and myself (the driver). 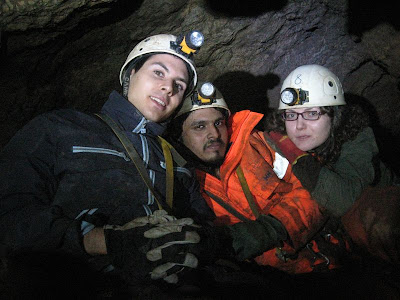 We reached the cave before dusk set in entirely. After changing and having our sandwich dinners, we descended into the sink hole, noticing the garlic plants (daslook) on our way down and admiring the spring flowers bosanemoon (wood anemone) as well as the frog in the stream. Ewa wanted to kiss it in the hope prince charming would appear, but Bram explained the prince could possibly be a princess.

After wrestling with cave lock, we descended down the ladder into the abyss, Bram leading the way, Hans at the rear. The first descent led us to a crossing of possibilities. Ahead of us a pit that would lead to the "Cascades" (ropes required), to the right a few long tunnels that would probably lead us to Galerie des Bruxellois and La Grande Evasion, and to the left a 3 metre drop that seemed a little difficult for us newbies. Instead of this route, Bram found a simple, but narrow, bypass. From this next room it took us quite a while before we discovered the Passage Yves Grolaux. 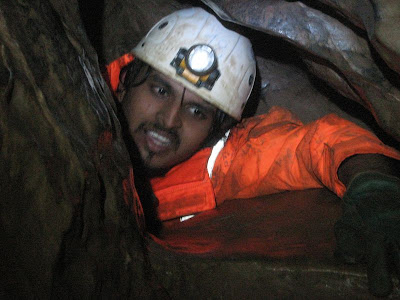 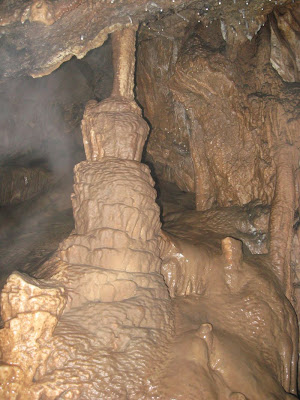 From then on it was easy going...we kept looking for the way down, passing by beautiful formations on the left (one with a lovely little pool), winding down through narrow but high passages to Les Orgues. From here, we followed the not-so-aromatic stream down in to the lower sections of the cave. We were in awe with all the brilliant curtain formations along the way. For some reason we seemed to have missed out on an elusive La Cathedrale, but we did notice the Salle des Gours high above us. 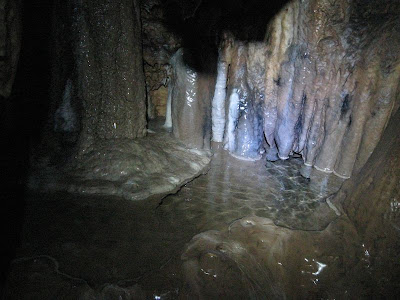 Continuing downstream we went in search of the siphon as the gallery gradually closed in on us. Bram took the lead through the very narrow gallery that brought us to a junction where the stream disappeared to the left. We took a right down a narrow section and quickly climbed to the second level of the gallery, reversing in direction in the hope it would lead us to the entrance to the Galerie du Baby-Doll. After a lot of crawling, our efforts were fruitful and we crossed the hole that would lead us back to the lower level. Now we were looking for a small etoiture and coral fossils. We found both! The passage through the etoiture took a significant amount of effort, but the lovely coral and the end of the gallery where definitely worth the while. 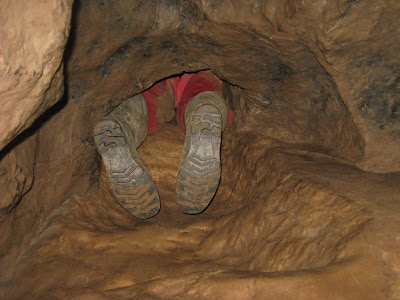 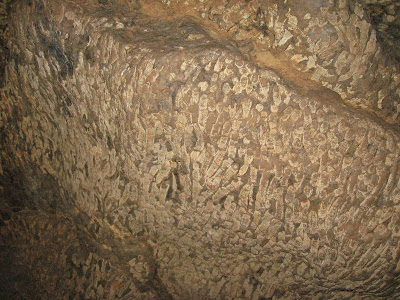 The way out was uneventful and was used for photography. We decided against the climb to Salle des Gours because we had been in the cave for a good three hours. No point in taking risks when already tired. Tired, but fulfilled with happiness, we exited at a quarter after midnight, after about four hours of caving. The night was clear and warm. We were glad to be able to have visited a good portion of this beautiful cave. Not bad for a first go! And we didn't even get lost! 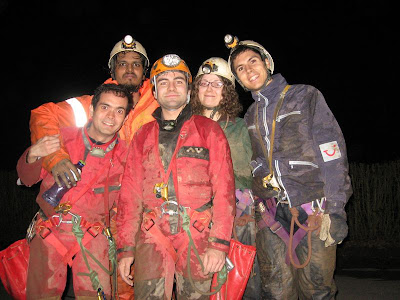 Congratulations to all participants! What's our next cave? 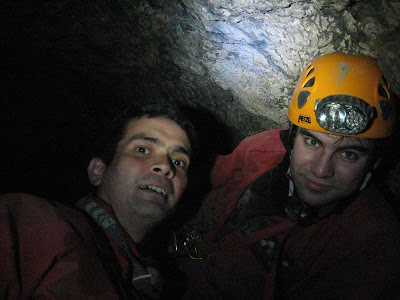