After a very bussy speleo and survey time a new blogpost. This time a photoblog, the theme is of course caves.

The entrance of a cave is a place where the enclosed area of the cave meets the outside air, light and world.This gives some nice effects.


Equipment
If caves decide that horizontal is to mainstream and throw a pit at us we might need some rope. The following photo's picture some of the used equipment.


The TEAM
In together, out together. 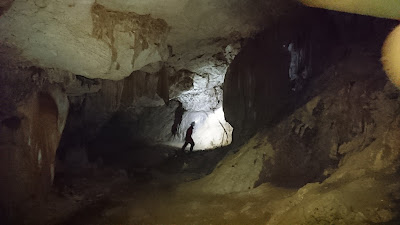 The adventures of Lieven, Dong, Heide and Pieter in the fields and the mountains of Cao Bang are numerous, some of them will be told here.
At first it fits to tell that we were the attraction of the area, pictures from and with us are taken constantly. 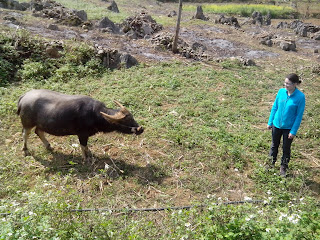 Our first day at the team was meant to find us some cave entrances, therefore we went to the local community center, and we tried to find out if the local people knew some entrances.
These meetings are always accompanied with some tea. The meeting helped because they took us to three cave entrances, one of these (Nguon Xe) was mapped directly.
When we came back in the village we were invited to drink a glass with the local chief. The local drink is an own made alcoholic distilled from corn wine (in the rest of the post referred to as corn wine), the flavor and alcohol percentage is dependent on the producer ;) 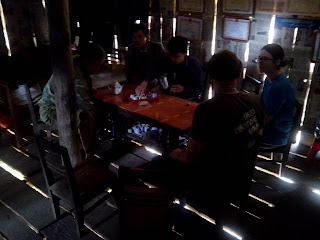 A heavy walk/climb was necessary to reach this cave. The entrance to the cave is almost completely closed with a stone wall safe for a door opening and some gun openings, because a long time ago this cave was used as shelter. The cave itself was very descent with a ceiling hight of about 10m and a width between 20 and 40m.
The cave was covered with gigantic pillars, after our mapping session we found out that it was a "mere" 200m long. 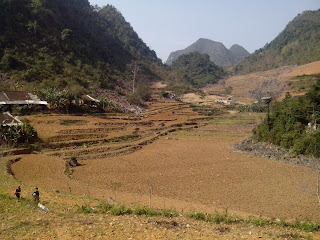 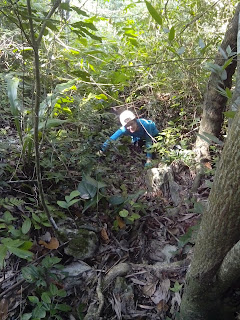 Our second visit was a huge hole. Never did anyone go down in this cave, therefor a lot of people came to check how we descended in the pit. A couple of hours later we saw that 16 people even  waited till we came back out again.

The cave was a very large collapsed hall, due to the absence of a roof sunlight was penetrating in most of the cave. The first descent was 35m deep (total depth of 100m), this was the only descent where we used ropes. The cave continued with a rocky slope in an old riverbed, we were a bit disappointed when we did not find a continuation of the cave in here. We then decided to map the cave. Together with Dong and Alain Provice, Lieven Searched for some other possible continuations. We returned to ground level to greet our fans.


Once we came out we were invited to get dinner with another Village chief.

We visited a lot of Vietnamese houses in our search for caves, and each time we are invited with the greatest hospitality. According to Tuan the local hospitality is even greater for foreigners than for fellow Vietnamese. Something remarkable is that each house, even the most humble ones in the most remote places, has access to the electricity net. 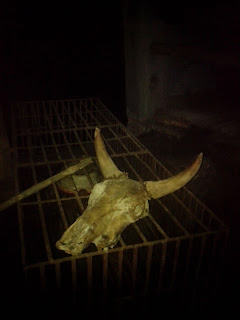 After tea more people came to the house till there were more than 10 people around the table, such as the local teacher and the electricity guy.

After our meal of buffalo, pork vegetables and rice we were invited to drink the local corn wine. At the end we got a short tour at the farm and at last after a goodbye drink we left to sleep in our cozy hotel room.

Grot 3: Ca Cia
We did not expect much of this cave and we expected the cave to end quickly, we assumed the 50m the local people told us about to be an overestimate. They also warned us for a possible high concentration of carbon dioxide. But we wanted to be as complete as possible thus we started to descent the pit.

This time even more than 60 people stood around the pit to watch us come out.

After one day of survey we found the pit to be even deeper than expected at 60m and didn't stop at this point. The difficulties with breath were not caused by carbon dioxide but by large air humidity. Thus the cave became very interesting. After a second day of surveying we found the end of the cave at 110m deep. 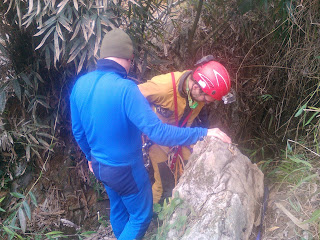 
After our first day of surveying in the pit the locals told us while drinking a cup of tea and a glass of corn wine that more caves were known and our adventures in this little village didn't end for a few more days.
Gepost door Pieter op 12:14 Geen opmerkingen: